Skip to content
What Makes Light Therapy Effective for Psoriasis?

Living with psoriasis is about more than just dealing with red, irritated skin. The chronic condition can bring on many different physical and emotional symptoms and challenges that go beyond a person’s skin.

Fortunately, phototherapy, or light therapy, is one of the oldest treatments for psoriasis. For as long as people have had the disease, they’ve used sunlight to treat it. Even with the different remedies available today, light therapy continues to be one of the most effective treatments for psoriasis, as well as for other common skin conditions including vitiligo, alopecia areata, and eczema. 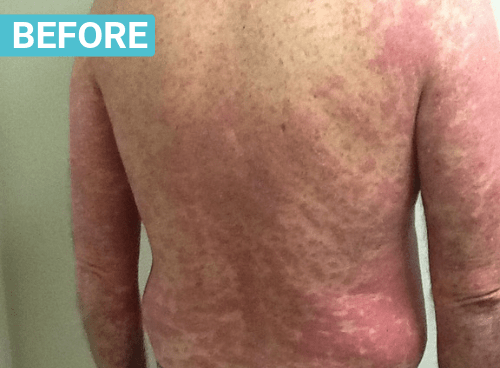 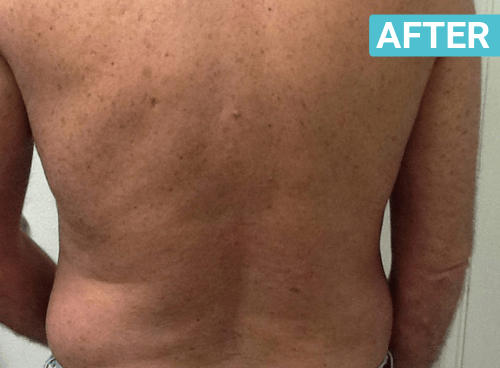 Psoriasis is an autoimmune disease that affects over 8 million people in the U.S. and 2–3% of people worldwide. It occurs when a person’s immune system sends “faulty signals” and causes skin cells to grow too rapidly. As a result, skin cells accumulate on the skin surface, forming bumpy red patches covered with white scales, known as psoriasis lesions.

People who have psoriasis can have skin flare-ups—and they can surface anywhere on the body, including the scalp, eyelids, elbows, or knees. According to the National Psoriasis Foundation, the disease is believed to be caused by a combination of genetics and external factors.

Moreover, people who have psoriasis also have an increased risk of developing other health conditions, including psoriatic arthritis (a form of arthritis that affects some people with psoriasis), diabetes, and depression.

Psoriasis is not contagious. It typically appears in early adulthood, and for most people, it affects only a few areas. In extreme cases, psoriasis can cover large parts of the body. The plaques can heal and then come back throughout a person’s life.

What Is Light Therapy (Phototherapy)? 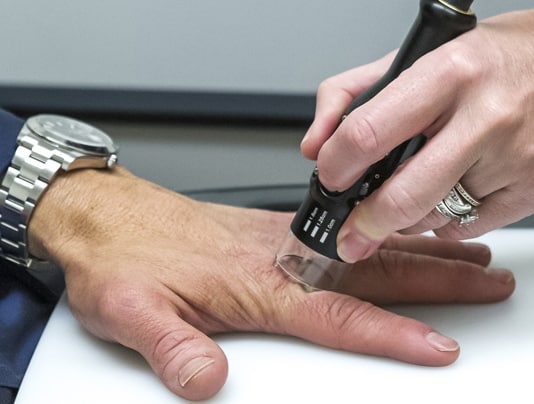 Light therapy is a safe alternative to traditional prescription creams and injections that can be done either with or without a dermatologist’s referral. Phototherapy for psoriasis involves a series of in-office treatments that are completed by exposing the skin to narrow-band UVB light. The key to success with light therapy is consistency.

Effective phototherapy treatment for skin conditions requires multiple sessions. Some patients can clear psoriasis completely with phototherapy alone. Others require combination treatments with medication. Phototherapy can be used safely with both biologics and topicals.

When ultraviolet light hits the skin, it inactivates the overactive immune cells in the skin that contribute to psoriasis. Research suggests that UV light may also disrupt the erroneous signals between immune cells and skin cells that lead to psoriasis lesions. With relatively few side effects, phototherapy is a safe, effective, and drug-free treatment for psoriasis.

According to a 2013 study in the American Journal of Clinical Dermatology, between 60%-75% of patients who received some type of light therapy achieved at least a 75% improvement in their condition.

What Patients Are Saying

“The professional, friendly staff has been great to work with. They are so accommodating to my schedule, and very flexible in fitting my treatment times into my busy schedule. It’s been a terrific partnership. I am so pleased with the results.”

“After years of suffering from psoriasis, constant trips to the dermatologist and many expensive creams, my psoriasis cleared, only to return with a vengeance later. Array’s cutting edge phototherapy treatment has made all the difference. It has provided relief that years of medication did not. I am so glad I made the call.”

Phototherapy is usually administered on an outpatient basis two to three times a week. There are two main types of phototherapy: narrowband UVB and PUVA. 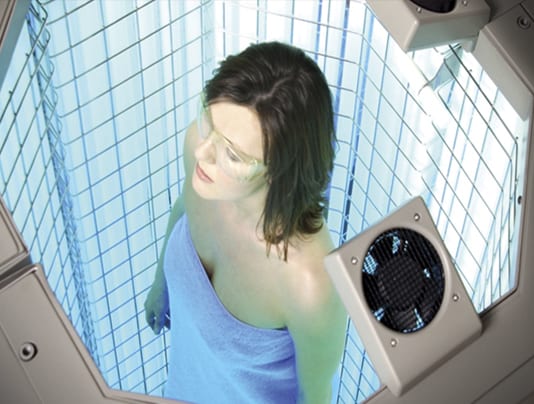 With this type of treatment, patients are exposed to a narrowband (308nm or 311-313nm) of UVB (NB-UVB) light. Treatment starts at only a few seconds at first, and exposure time is gradually increased to several minutes per treatment.  At Array Skin Therapy, our advanced equipment delivers only NB-UVB light, identified as the optimal wavelengths for treating autoimmune skin conditions. One could spend an hour in the sun and still not receive the therapeutic rays that in-office phototherapy delivers in one quick treatment.

This type of light treatment can be used to treat a select number of skin conditions; however, it is more toxic and associated with an increased risk of skin cancer. When possible, narrowband UVB is preferred as it does not have these same risks.

Convenience and Ease of Treatment Are Key

Phototherapy for psoriasis treatment and other skin conditions requires multiple sessions (usually around five to ten minutes each). The best results are attained through in-office treatments delivered by trained phototherapists using the most advanced FDA-approved equipment.

Therefore, it is essential to find a phototherapy clinic that can adapt to the busy lives and hectic schedules of its patients. Array Skin Therapy has developed every aspect of our practice to allow for a convenient and highly supportive experience for patients. We offer extended appointment hours with free parking throughout Southern California to make it easy to access treatments. Through phototherapy, Array Skin Therapy has improved the quality of life for thousands of people.

To schedule an appointment or for more information on how phototherapy can help you alleviate the symptoms of psoriasis, please contact us.

Light Therapy
Our Providers
Our Locations

Our light. Your shine.®